Graduate Students in the Department of Cell Biology 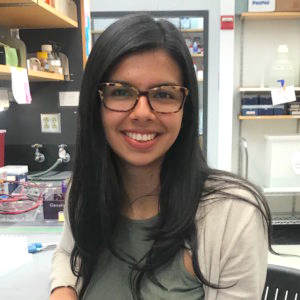 Ph.D. and MD/Ph.D students are an integral part of the Department, which is deeply committed to their success.  Students typically spend the first year rotating between research laboratories and taking classes.  Course work is usually concluded in the second year and students then begin their thesis research in earnest.  The Graduate School Training Grant supports Ph.D. students for the first two years, after which they are supported by funds from their mentor's laboratory.  Many of our students have been very successful in obtaining their own funding from a variety of sources such as the National Science Foundation, American Heart Association, Howard Hughes Medical Institute or a National Research Service Award (NRSA). More information on Graduate Students at Duke can be found at the Duke University Graduate School Website.

Scroll further down to see a list of all of our current Graduate Students and their mentors.